I’ve been itching for a while to print the #3DBenchy calibration object (http://www.3dbenchy.com/) that’s been going around in FDM circles to see how well it can be printed on the Titan 1, using its unique capabilities to the fullest.

To that extent, I optimized the orientation of the print to eliminate the need for supports and used print settings to reach a successful print with two different types of resins, MakerJuice G+ and FunToDo Standard Blend. I also printed on two different types of vats: the stock V2 PSP vat, and a modified V2 with 2mil TPX instead of the original FEP. (The stock is better, but the 2mil created some interesting wavy surfaces due to its lack of rigidity.)

I ended up making 4 videos on this project, starting with an all-software video starting with the original STL file and ending with the Run button. There have been some requests to go through all of the settings in Creation Workshop, which I do in this video. The videos are in the YouTube playlist:

I also took a bunch of macro pictures that are in a Flickr album: 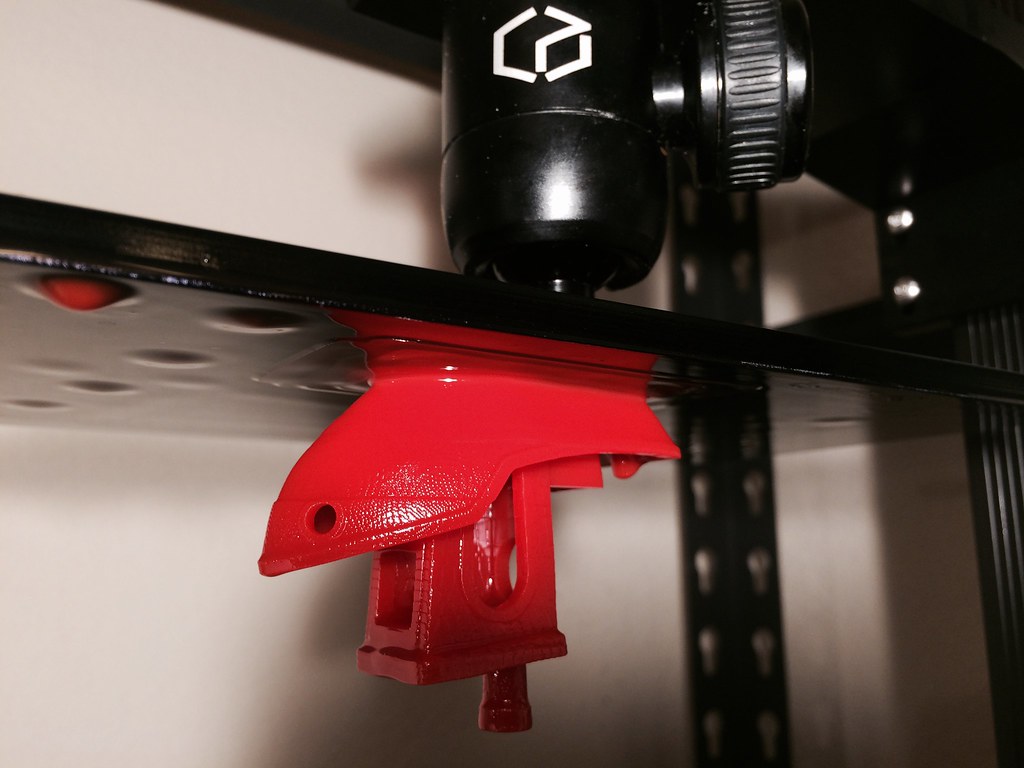 I had trouble exporting the CSV version of the FTD SB print and had to do a screenshot instead.

Awesome as usual James!
How did your prints measure up? I’ll do a print of this and post my results. Think an 3DM-ABS print would be a great of this.

Use #3DBenchy to test and calibrate your 3D printer by adjusting hardware and software settings for optimal results. The shape and size of this 3D model is designed to challenge 3D printers.…

The MakerJuice ones exhibit some shrinkage, reducing both ID and OD. The shrinkage is visible in the pictures externally as some bulging on the bow in some of the black ones.

Shrinkage is much less with the FTD SB ones, the ODs are mostly spot on. The IDs are a bit small though, around 0.2mm short.

I’ve been fighting some bizarre USB connectivity issues to the printer though, and skipped steps are visible on the red FTD SB print just underneath the portholes on the bow. The overall Z height on the FTB SB print is also short, whereas typically Z height is extremely accurate regardless of the resin. As the weather has warmed, I’ve been having problems with my USB hub overheating, which I rectified by replacing the hub with an aluminum-shelled one which dissipates heat better. I also moved my printer setup around and have been using a new USB power supply for my tablet. It seems that something is amiss with that power supply, perhaps outputting noisy power, and when I switched to a different (albeit not powerful enough to charge the battery) power supply, my remaining connectivity issues go away. Difficult to say whether that is the last of the the connectivity problems yet.

These issues have, however, given me some insight into the “printer losing Z home” issues that some people have reported. The number of different failure symptoms is surprisingly large. I’ll probably post something separate about the various things I did to try to diagnose the problems.

I fought a similar issue for almost 2 months. It’s gone away by putting an new uncluttered win7pro acer using an intel4000 onboard display and note it’s 1600xsomething native resolution (not 1920x1080) and it outputs fine. This is plugged into on an APC midrange power supply and i’ve yet to have a failed print now due to hardware. I am able to so far close the Kudo3D software after a print and it does remember it’s home value. Happy about this, however i’ve dropped some cash into my printer setup at this point just getting that side reliable. Here’s to better prints down the road. I haven’t calibrated my printer yet, had to get my hardware running well first so i’ll probably print a couple of your calibration parts and then work on more dimensional prints after that. BTW, it was great to meet you and Nathan in Denver! wish I could have shown you my printer space and had another day. Next time…

Did a print of a Rhino for a customer in MJ-SF red. First print after reconfig of hardware and fresh UPS power supply. It’s very tiny, infact the model is made of 1mm diameter tubes. Had to use a dremel to remove some of the supports but it’s very dimensional. The other image is of the Cowboy print I showed to you in person, just for fun. Cheers.