Some friends visited me a few weeks ago who got married earlier this year and made their own wedding invitations with a letter press, purchasing plates for their custom design.

They’re now in the process of sending out the Thank You cards, and we got talking about 3D printing, particularly the differences between SLA and FDM printing. It turns out, letter press plates are made using photopolymer with a mask, and we decided to try printing a plate in the Titan 1.

I did a quick calculation and determined that at 100 microns XY, we have 254 DPI resolution by traditional print standards. That compares quite favorably with the resolution offered by plate making shops. My friends sent me an SVG which I did a quick-and-dirty extrude in with Tinkercad. The whole plate is quite thin, like 1.2mm, so it was an extremely fast print. I messed up my first go because I forgot to invert the image. I mailed the plate to them, and they tried it out.

The results were quite successful (click through to see the album with pictures of the plate, the resulting cards, and a comparison to traditional photopolymer plates): 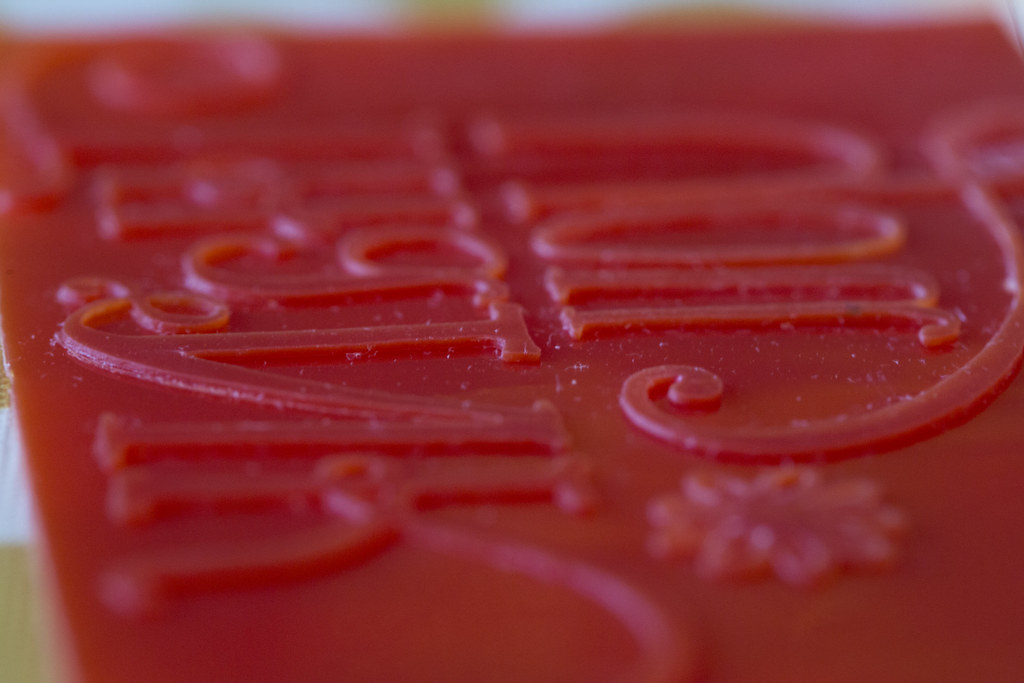 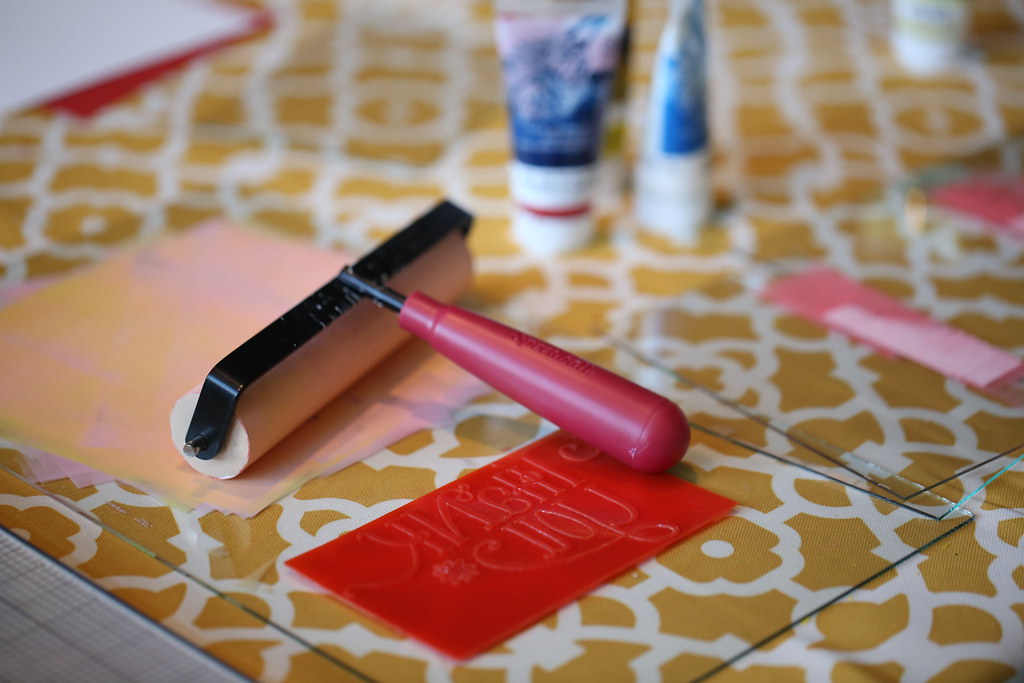 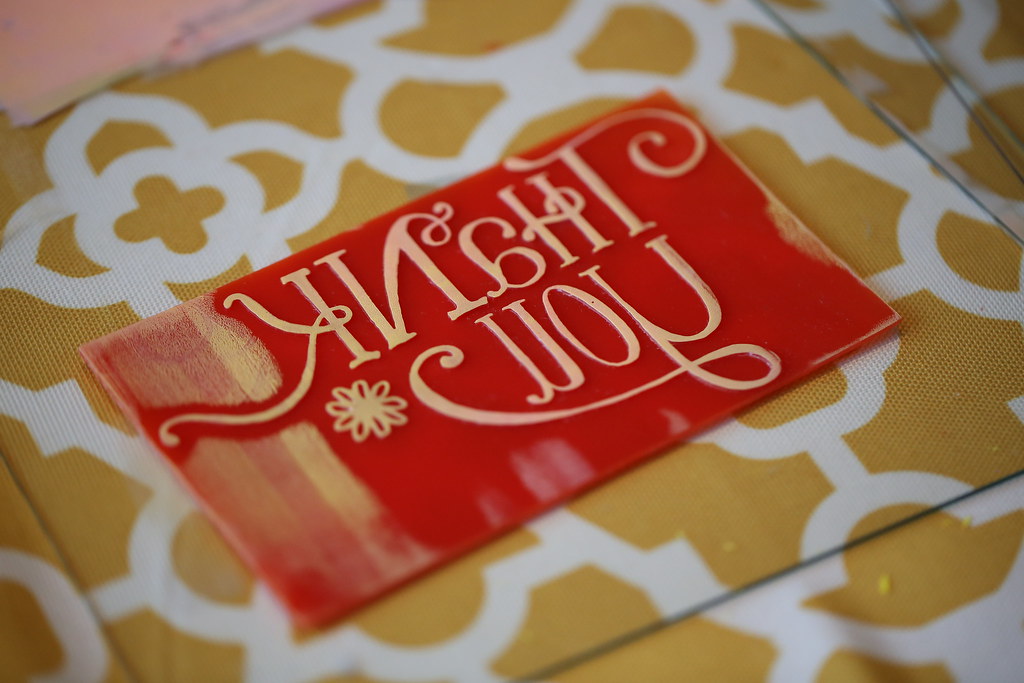 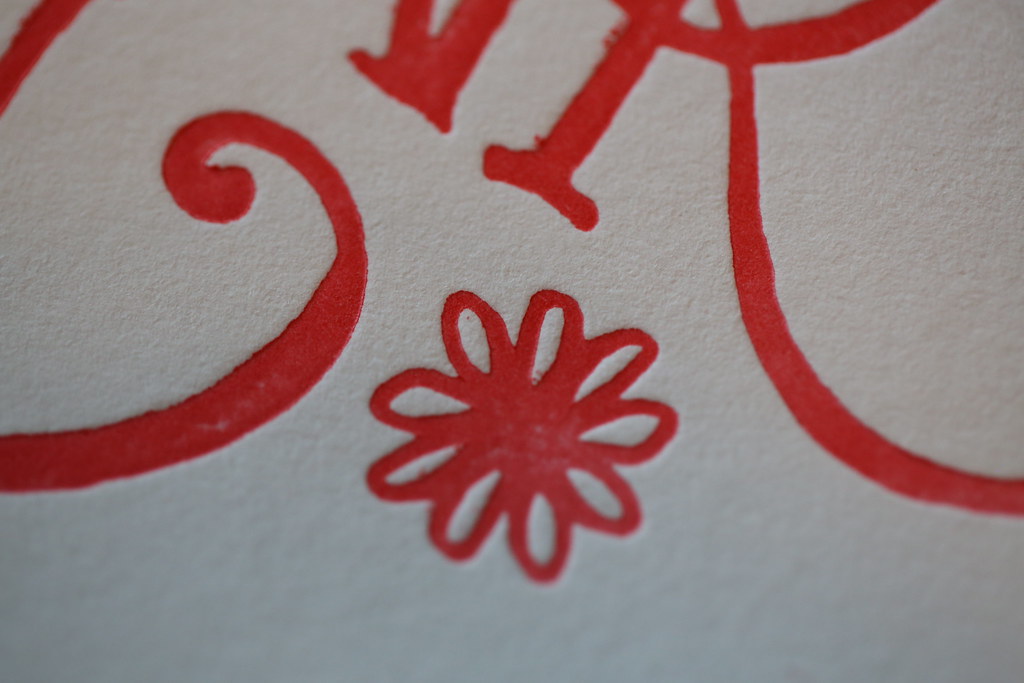 I printed this with FunToDo Standard Blend, since I thought softer would be better, although the spec sheet for the press plate manufacturer specified a Shore D of 65, closer to that of Industrial Blend. I didn’t create any bevels, but I probably will the next time. Compared to the cost of having them done by a service (which has some steep minimums and cost $50+), the actual resin consumption was less than 50 cents.

The plate itself is a particularly interesting use case. It’s something that, given its flatness and large surface area, is uniquely suited for the Titan 1. Other DLP SLA printers would have trouble with such a large piece. Printing flat would add considerable cost given the wear that flat orientations create on bare silicone vats. Laser based SLA printers would be slow having to trace out the large surface. The plate took me less than 20 minutes to print, and really there was no reason to use 0.05mm layers. I could easily have used 0.1mm layers to achieve the same results and probably finish in about 10 minutes.

It seems that there probably needs to be a thicker base. The letter press plate as printed had a 0.5mm base with 1.1mm raised type. That makes the base somewhat fragile and hard to handle for post-press washing.