Trying to print custom resin, not having any success

—Some background,
-We are trying to follow this paper and create a similar resin.

-The only differences are that we are using a 1:1 volume ratio of PEGDA and PEG (50% each by volume), are using PEG 400 instead of PEG 300 and are printing on a Titan 1 instead of a Form 1+.
A summary of the study is, they mix different ratios of polyethylene glycol diacrylate (PEGDA) and add 1% (w/v) of diphenyl(2,4,6-trimethylbenzoyl) phosphine oxide (DPPO), let them mix for 8 hours, add two different drugs, and print them. That is the basics, but there is a lot more information in the paper linked.

-Here is an imgur album since new members are limited to one picture per post. 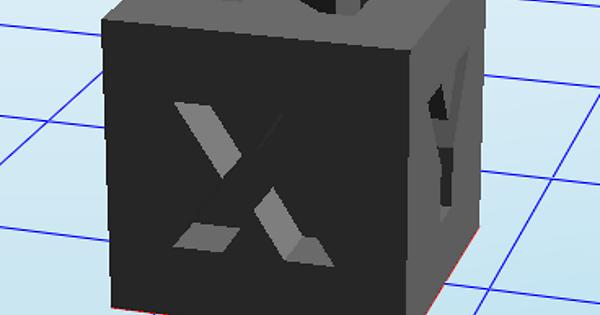 -This object has been printed successfully before using the 3DM-ABS and all prints were done using the small build plate.
Image 3: ABS Cube

-All the prints besides the successful 3DM-ABS cube have been done in a hard vat. The 3DM-ABS was done in a soft vat.

-As another side note, we believe that this resin will cure in the Titan 1 printer. An experiment was set up using the UV light below and both the custom resin and 3DM-ABS cured successfully.
Image 4: UV Lamp

-Print 1:
Image 5: Print 1
Image 6: Kudo3D Config 1
The first print came out to be a glob of mush, even though it still cured. This picture is after breaking it apart a couple times to see how flexible it was. This print did still to the build plate.

-Print 4:
Image 9: Print 4
Image 10: Print 4 Low View
Very similar to print 2 and also used the same config, I think it did stick to the build plate for the first couple layers but did eventually fall off. The only difference with this print is that instead of using white light from the projector, a setting in Creation Workshop was changed so that it would shine a blue light.

-Print 5:
Image 11: Print 5 Vat Picture 1
Image 12: Print 5 Vat Picture 2
Image 13: Print 5
Image 14: Print 5 Low View
Here is the latest print. Went back to using white light and still using the same config files since prints 2 and 3. Decided to watch this print a little more closely so that I could take some pictures and make some observations during the printing process. This print did stick to the build plate for the first few layers but did eventually fall off.

—Conclusion:
Not sure what steps to take next, or if it is even possible to get a print with this resin. The images of the final prints from the paper that is being followed show very good prints. It seems like there is a lot of light bleeding but I am not sure how to correct this. There is also the difference in the soft and hard vats between the successful 3DM-ABS cube and the new prints but I don’t think it would make that much of a difference.

Any advice would be greatly appreciated.

Just to be clear, what you’re saying is that your resin has the following ingredients:

If this is the case, your resin seems to be missing some ingredients that would be necessary for it to function well on a projection based system.

My first suggestion would be to start with Autodesk’s PR48 formulation (http://learn.ember.autodesk.com/blog/open-source-resin), which is designed for a projection based system.

TPO has a wide reactivity range, so on the Titan 1, I have not been able to find any formulation of TPO-based resins that will print without visible light dyes or pigments. TPO is reactive up to 420nm, so you will need something in the resin that block a broad spectrum from 360nm to 420nm.

Comparing to 3DM-ABS is also a difficult comparsion since you can probably tell just from the odor that there are a number of mystery ingredients in there that result in a typically paradoxical combination of low viscosity, low shrinkage, high adhesion to the build plate, and low adhesion to teflon film.

However, the performance of PR48’s blend is also quite good, despite being higher viscosity, and might be an easier starting point to target.

I’ll go through each of the points you make so that I can be clear and answer everything.

I took a look at Autodesk’s PR48 formulation and it seems very toxic based on its spec sheets. The polymer we are trying to make has to be biocompatible and we have not been able to find one on the market. (3DM has stated that they are working on a biocompatible resin but doesn’t know when it will be released, their dental resin is also not certified as biocompatible.)

It does seem like light bleed is a huge issue here, but is there anything we can do about that? Also going off of your next point, since the TPO has such a wide reactive range, could adding UV absorbers or HALS help?

I didn’t intend to directly compare the 3DM-ABS to this custom resin but just to show that there have been successful prints on this printer before with similar settings.

Thanks for the help, any advice?

Sorry, I made a mistake in my description. BAPO is reactive up to 420nm and UV dyes are ineffective on it. TPO is reactive to less, and a UV dye like Mayzo OB that Autodesk uses might be effective. It depends on how reactive your resin is, but it should be possible to balance the ratio of UV dye and initiator to improve the accuracy of curing.