I wonder if anyone has tried using the tempered glass screen protector for iPad as the film for VAT? They are very tough with an oleo phobic coating. But I am not sure if it lets UV to pass and if it remains non stick to the resin. I will try to get one to try if no one has tried before. 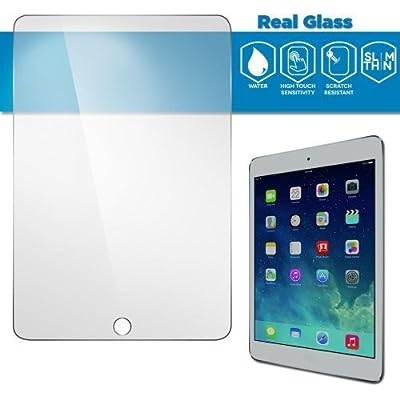 GLAZZ 0.33mm Tempered Glass Screen Protector for iPad 2,3,4 Generations Experience your iPad 2, iPad 3 and iPad 4 with Retina display's display the way you're suppose to with having the ultimate prote ...

GLAZZ 0.33mm Tempered Glass Screen Protector for iPad 2,3,4 Generations Experience your iPad 2, iPad 3 and iPad 4 with Retina display's display the way you're suppose to with having the ultimate prote ...

There are reports of various oleophobic coatings being used on glass and other substrates on buildyourownsla.com, none of which worked well because they were not any less adhesive than FEP (teflon) film or bare silicone.

The coatings which have been reported to have some positive effect are Rain-X and paraffin mold release spray.

Rain-X is itself a formulation of PDMS (silicone) in a formulation that is designed to be weather resistant. Form 1 users have reported that buffing those over their vats (which are bare hard silicone) may improve the longevity of the vat before it clouds from reacting with resin.

Form 1 users have also release performance improvements from the use of paraffin mold release spray (http://www.amazon.com/gp/product/B0128JM6Y8) on top of their vats.

The positive reports on paraffin spray are interesting given that users on buildyourownsla.com have tried other types of lubricating sprays like dry teflon and found that they had no effect.

If you’re going to try something, I’d go with one of those two first as the most promising.